1940 Census: Who We�re Searching for and Why 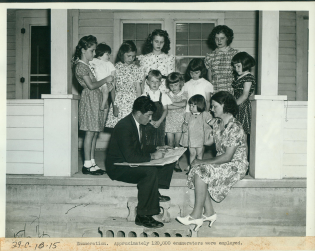 The genealogical world is all atwitter at the prospect of the release of the 1940 U.S. Federal Census, which will materialize fully digitized at 1940census.archives.gov at 9:00 a.m. Eastern on April 2nd. The website, created for the National Archives and Records Administration by Archives.com, will give everyone free access to this tremendous record trove that captures the pivotal moment the Greatest Generation was exiting the Great Depression only to be pulled into the demands and sacrifices of World War II.

This remarkable record set will undoubtedly be pored over and analyzed by historians, economists, sociologists and countless others, but I was curious about the personal reasons that so many of us are counting down the minutes until it becomes available.

My motivation is the same as it was when I was at the National Archives in Washington, D.C. for the release of the 1930 census - finding families of soldiers who remain unaccounted for from past conflicts. The details included in these records will allow me to locate their next of kin, as well as relatives who could potentially provide DNA reference samples to help identify the soldiers.

But who, I wondered, would all my fellow researchers be looking for, and why? What follows is a sampling of the responses I received when I asked this question: