Uncover More Family in the 1940 Census! 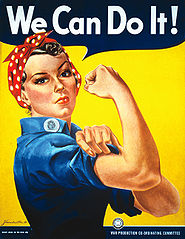 Are you looking for people in the 1940 census in Alabama, Indiana, Maine, Oklahoma, North Dakota, or South Dakota? Your search just got easier! Those six states were recently added to the free 1940 census index available at Archives.com/1940-census. This brings the total to 24 available states!

One fact you might not know is the 1940 census was the first to ask additional questions to a sampling of the population. Two people on each page were asked "supplemental questions," which appear at the bottom of the page. One person who was asked more questions was Myrle Hardy of Fort Wayne, Allen County, Indiana.

In the main part of the census, we learn that Myrle was 32, wife of Wayne Hardy, born in Indiana, had completed 2 years of high school, and lived in the same place (Fort Wayne) in 1935. Looking at the rest of the household, we see a 26-year-old daughter, a 20-year-old daughter, and a 15-year-old son. But how can that be if Myrle is only 32? Are some of the ages incorrect? Is Myrle even their mother? The answer lies in the supplemental questions.

Notice on the left side of the census that it says "Suppl. Quest." next to Myrle's line. This is a signal to look at the bottom of the page to see her answers to the supplemental questions. She answered that she was 29 years old at her first marriage (question 49). This means she had been married to Wayne for at most 3 years. (She could have married someone else between age 29 and 32.) Myrle also stated that she had never given birth. (Which serves as a good reminder that the relationship listed is to the head of household, not to each adult.)

Keep watching as indexes for more states become available. The 1940 U.S. Census Community Project recently announced that the indexing is more than 50% complete! It's not too late to volunteer to help with this tremendous service project! You can still sign up at the1940census.com. Together, we can do it!