When we think of census records, we usually think of the federal census. However, some states took their own censuses. New York is one such state. Now you can search three valuable New York state censuses on Archives.com: 1892, 1915, and 1925.

Any census is valuable, but the 1892 New York state census is especially so. The vast majority of the 1890 federal census no longer exists, so this census fills a large void. The information includes name, sex, age, color, country of birth, citizenship status, and occupation. It also does something else that's valuable: It puts these people in a specific place at a specific time, and puts them together with other people in the household and neighborhood. 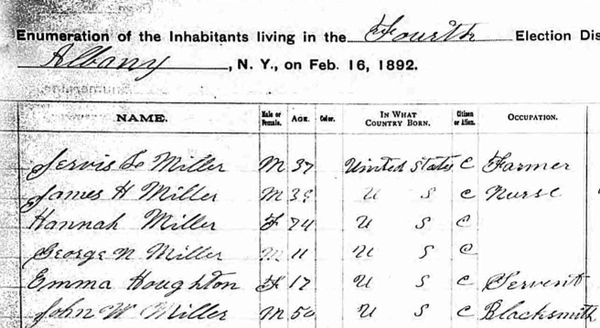 These censuses contain the same information as 1892, with the addition of relationship to the head of household and number of years in the United States (if the person was foreign born).

Using These Records on Archives.com

To search the New York state censuses on Archives.com, select "Census Records" from the Select an Archive menu, select New York as the state, and the year (1892, 1915, or 1925).

Who will you find in the New York state censuses?

You can discover all of the collections on Archives.com by visiting the collections page. The newest additions are listed at the top of the page and you can search for other collections by using the handy search box or filters.