Over 900,000 Texas and North Dakota Cemetery and Vital Records Added

Today we are excited to announce the addition of eight collections from Texas and North Dakota. In total, these collections represent an addition of 928, 269 records that will be very valuable to family history researchers tracing ancestors in these states.

From North Dakota, we added 10,948 cemetery records from Dickinson City. This collection spans 1801 to 2011. Each record lists the full name of the deceased person, the cemetery, and plot information, as well as dates of birth and death when available.

The seven Texas collections are all composed primarily of marriage records. Marriage records are valuable tools for family history research. In many cases, they are the only documents confirming a woman's maiden name, and they can open up a maternal line of research. Here is a little more information about these collections.

Images from this collection are available and very clear. Because the collection includes so many years, it's possible to trace changes in marriage certificates from the nineteenth century until today. The examples below come from 1883 and 1979, respectively. 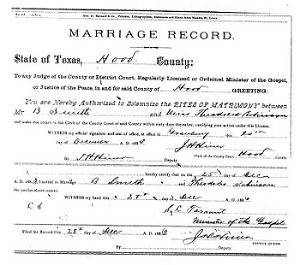 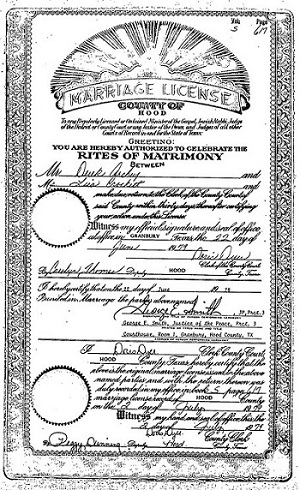 Fun historical fact: Davy Crockett's second wife Elizabeth moved to Hood County in her widowhood, along with the couple's children, and died there in 1860.

The Bexar County marriage records number 492,556 and cover the years 1968 to 2011. Images for these are currently being added to Archives.com and will be viewable soon. These records will be particularly useful to family historians seeking documentation for recent generations.

Bexar County is the nation's 19th most populous county, according to the 2010 Census. Interestingly, it has functioned as a bellwether in recent presidential elections, consistently voting for the winning candidate in the ten previous national elections.


We are excited to bring these collections to Archives.com members. We are continually adding new collections. Check this blog often for updates on recently added collections.