The state is also the birthplace of test pilot Chuck Yeager, actor Don Knotts, and Olympian Mary Lou Retton, and its beckoning "Country Roads" were celebrated by the late John Denver in a 1971 hit song. If the path to your ancestors takes you home to West Virginia, use this article as a roadmap to help you find them.

To be successful with your research, you will want to learn about the state's history. Originally part of the British Virginia Colony (1607-1776), and the western part of the state of Virginia (1776-1863), West Virginia's path to statehood in 1863 was a bit rocky. There was some long-standing friction between planters in the East, and those who lived west of the mountains, over issues of taxation and slavery that was escalated by the outbreak of civil war in 1861.

In the 1730s, early immigrants to the area included Germans, Scots-Irish and English. More settlers migrated to western Virginia after the American Revolution ended in 1783. In the 17th and early 18th centuries American Indian hunters, as well as European and Colonial explorers and fur traders passed through, but settlement slowed because of the densely forested Appalachian and Allegheny mountains. To avoid these geographical obstacles, pioneers typically entered from Maryland and Pennsylvania, rather than from eastern Virginia. The Cheat, Kanawha, Monongahela, Ohio, and Potomac rivers transported people and goods. Later, thanks to railroad expansion, and industrial development in the late 19th century, new immigrants arrived, including many from the southern states and Eastern Europe. Learn more at the West Virginia Division of Culture and History. 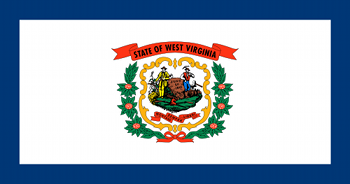 You'll find an abundance of rich resources available both online and offline. Depending on what time period you're researching, you may have to consult records in both Virginia and West Virginia. For state-level records before 1863, refer to the online aids and indexes available at the Library of Virginia (LVA).

Focus your research at the county level. You may need to check parent, derivative and neighboring counties, not only in Virginia, and West Virginia, but also in Maryland and Pennsylvania. Keep in mind that when West Virginia attained statehood, records created under Virginia were retained by their counties. For a breakdown of counties, consult Ancestry's Red Book (check if your local library has the hard copy version, or view the online version for free on the Ancestry.com Wiki). Once you know the correct county, here are some of the records to look for.

Tip: For help identifying which records in the Library of Virginia's collection will be useful for your genealogical research, view this timetable on the LVA website.

Vital Records: Virginia mandated birth and death registration in 1853, but compliance was low. After 1863, many West Virginia counties continued sporadic recording of births and deaths, until statewide registration began in 1917. Many counties recorded marriages from their formation (not all survived). Statewide recording of marriages didn't begin until 1964. Visit the West Virginia State Archives (WVSA) and its Vital Research Records Project to search and view a number of counties' early birth, marriage and death records, plus most statewide death records from 1917 to 1958. Be sure to read the Guide to Vital Research Records Project article first for details on submitting record requests (including those for delayed birth certificates), fees, and more. For holdings, use the Quick Guide links (birth, marriage, and death records) on the WVSA Web site. Divorce records are a bit trickier to track down, since before 1851, only the Virginia legislature could grant divorces. After that, circuit courts granted them; you can get copies of files more than 50 years old from the county's circuit court clerk.

For additional information on obtaining vital records, consult the Health Statistics Center website, or try requesting vital records from the county clerk's office where the birth, marriage or death took place. There are several West Virginia vital records collections available on Archives.com and on Ancestry.com.  Also, check the FamilySearch catalog for microfilm holdings you can order for a small fee through your local Family History Center/FamilySearch Center, or partner library.

Censuses: Federal censuses for West Virginia are available from 1870 through 1940 (with the exception of the 1890 census, which was ruined in a fire). Start with the 1940 census, viewable for free at Archives.com. Archives.com has other censuses too, as does Ancestry.com (subscriptions required). Unfortunately, federal census schedules are missing for the Virginia censuses for 1790 and 1800, while those for 1810 are incomplete.

Tip: If your ancestors were born before 1863 it's likely they named Virginia as their birthplace in available censuses.

Tax Rolls: Virginia land and personal property tax rolls can be quite useful for tracking early West Virginians. If you find your ancestors in these records, you'll glean clues about their location, landholdings, occupation, economic status, death date, and names of widows or heirs. These annual lists began in 1782 to tax land, livestock, luxuries--interesting items such as carriages, gold watches, or pianos--and other personal property; some rolls even name slaves. The 1787 roll names all taxable males over 21, including those not listed in other years because they lived with parents or other relatives. For a complete explanation, see Using Personal Property Tax Records in the Archives at the Library of Virginia. Tax rolls can often be used as substitutes for missing census records. Unfortunately, tax lists are not indexed--they're listed alphabetical (loosely), by surname within each county or district. Microfilm copies can be found at the state archives in Virginia and West Virginia (see the LVA and WVSA websites), the Family History Library, and a handful of other libraries, including the Clayton Library in Houston.

Land Records: West Virginia is one of state-land states (those that did not cede the unclaimed land in their borders to the federal government when they became part of the United States). For abstracts of Colonial land patents and grants to early settlers, see LVA's online land records guide and the Cavaliers and Pioneers books (various editors and publishers). From 1776 to 1865, petitions submitted to the Virginia General Assembly often drove legislation in the Commonwealth. Try searching the LVA database of petitioners and requests. The supplementary information often found in these petitions, such as maps, wills, naturalizations, deeds, resolutions, affidavits, judgments, and other items, can be quite useful for genealogical research. Two other important resources include: Sims Index to Land Grants in West Virginia by Edgar Sims (Genealogical Publishing Company, 1952). Ancestry.com subscribers can search it online, and some pages are transcribed on RootsWeb.com), and Northern Neck Land Grants by Gertrude E. Gray (four volumes--volume four is out of print). Click here to see online availability.

Tip: Land transactions subsequent to the initial grant are generally recorded in county courthouses, both before and after West Virginia attained statehood.

Military: During the Civil War, more than 600 military actions took place in the counties that became West Virginia. Perhaps your ancestors were among the thousands of men who served in Union and Confederate units. See The National Park Service Soldiers & Sailors Database for a name index. The WVSA holds reference books and collections on the state's military personnel and units. You should also try searching for an ancestor's name in the WVSA's West Virginia Veterans Memorial Database. West Virginia was a Union State--it didn't authorize pensions for residents who fought for the Confederacy.

Probate and Court: For help tracking your ancestors' probate transactions, or other court appearances, consult the West Virginia State Archives (WVSA). Of special help is its guide to county court records on microfilm. The archive doesn't lend microfilm, but you can submit research requests (fees and other restrictions apply). Most county clerks also can fill specific record requests. County courthouses may have pre-1906 naturalizations--see the naturalizations table on the WVSA website, or even military discharge papers of local residents from World War I and later. If the county you're looking at experienced record losses due to fires or floods, click here to learn more about courthouse disasters and myths, and alternative resources. You can get additional articles on WVSA resources by clicking its Archives and History News link (then look under the subject or title index).

Tip: If your ancestor lived in neighboring states such as Maryland, Ohio, or Pennsylvania, it may be worth searching West Virginia databases and printed resources. I found a marriage license for my grandfather's brother in the WVSA database--he lived in Lansing, Ohio, but his bride-to-be lived in Wheeling, so they married there.

Archives, Genealogical Societies and Other Organizations

Whether you're looking for the "mountain mama" or the "mountaineer" in your family tree, or exploring the "country roads" where your ancestors walked, use the resources above to set your course for success.