Thanks to satellite imagery and a bit of technological magic, flying to distant places is now possible with Google Earth, a free downloadable program that runs on PC, Mac, and Linux machines. It's also available for your Android and iOS devices. Imagine viewing almost any place on the planet via a virtual globe that combines images, 3D buildings, terrain, and maps and you'll begin to see why it's a dream machine for place-seeking genealogists.

Ever since Google Earth was first released, users have found creative ways to utilize all of that satellite imagery - from "walking" through the streets of Paris to planning a 199-mile relay race. Even more, archaeologists (both professional and amateur) have used Earth to track down amazing sites, such as a 2,000-year-old Roman villa, an 11th century Welsh fish trap, and thousands of forgotten tombs.

For genealogists, the magic of Google Earth lies in the ability to find things like the site of an old family cemetery, a Civil War battlefield, or even (if you're lucky) the remnants of an original family homestead.

However, there's something else you can do with Google Earth to help in your family tree search and that's using the software to track historical county boundaries.

If this is a new area of research for you, you may not know that U.S. county boundaries have changed significantly over time. Areas that were once part of one state are now part of another, while big counties were often sliced and diced to make a number of smaller ones. Because of those changes, it's impossible to track down family records if you don't know which county the family was in during a specific period of time. That's where Google Earth comes in. Using free data from the Atlas of Historical County Boundaries you can now use Earth to display historical boundaries and even animate their formation over time.

Once Earth is installed, click the icon (it looks like a little blue and white planet) to launch. The initial view is of the planet as seen from space.

To start flying, use the Search/Fly To box (located in the upper left) and enter your own address, just to see how the "flying" works. Use the slider on the right-hand side to zoom in and out of the landscape. If you live in a larger city, you might be able to stand in front of your own house. Look for the orange man icon (Street View). If there is one, drag it down onto the street and see what the area looked like when the Google Street View car drove by and recorded it. 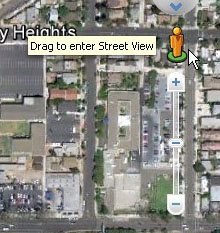 Google Earth is amazingly good at finding places without using an actual address, such as Plimouth Rock, Civil War battlefields, and monuments. If you have GPS coordinates you can enter them into the Search/Fly To box as well. If, in flying around the world, you run into places that are so blurry you can't see them, don't worry; it's not your computer. For security purposes some sites, such as power plants and military bases, are <href="http: mashable.com="" 2012="" 03="" 20="" google-maps-censored="" #view_as_one_page-gallery_box4725"="">censored.

Once you're comfortable with navigating the system, head over to the Atlas of Historical County Boundaries and let's get started chasing down boundary lines.

From the Atlas home page at http://publications.newberry.org/ahcbp/, click on the state of interest. 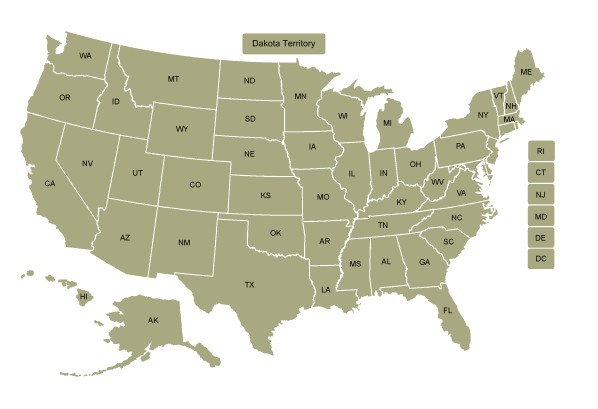 On the state page, you'll find county chronologies, sources, and an interactive map. Scroll down to the bottom of the page and click on the link "Download the KMZ File for use with Google Earth (zip file)". The KMZ file is formatted for use in both Google Earth and Google Maps. Unzip the file using your computer's zipping software, such as WinZip. (Mac users can double-click the file to automatically unzip it.) The unzipped file will have a name in this format: NC_Historical_Counties.kmz, where the first two letters are the state's abbreviation.

Launch Google Earth and then click File > Open from the top menu, then navigate to where you saved the KMZ file. The file will be added to the Temporary Places panel on the left of your screen.

Google Earth will automatically fly to the state and you'll now see the historical county boundary lines overlaid on the satellite view. A time slider will appear at the top of the screen. Use the slider to select a specific date to view the counties during a specific time period. There are sliders at both ends of the scale, so you can adjust both the beginning and ending years. As you can see, there's a considerable difference in North Carolina between 1753 and 2000. 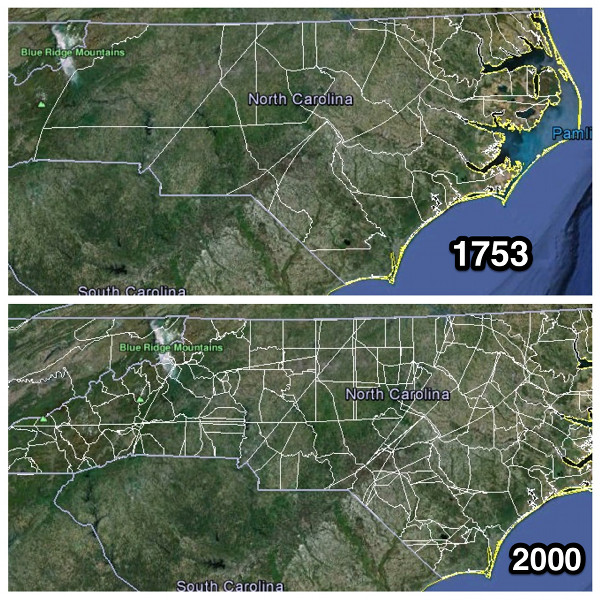 You can also use the slider to animate boundary changes. The arrow in the screenshot below points to the Play button. Click the Play button to watch the boundaries change. You can click the wrench icon to change the speed of the animation.

If you want to see the county names in addition to the boundary lines, use the checkboxes in the left panel (under Temporary Places) to toggle county names on and off. As you can imagine, toggling on names for year-2000 will quickly fill up the screen making it hard to see boundary lines. You may want to toggle names off for more recent dates.

For more detailed information about county formation dates, click on the county of interest and a box will pop-up with an overview of the county's boundary line time frame, including its parent county. In the example below, we learn that Anson County was created from Bladen County in 1750.

Now that you have an easy way to see county line formations, have some fun playing with data from the states where your family settled. For example, if you had ancestors in Ohio (formed from the Northwest Territory), pull up its historical boundary lines just to get a sense of how immense the original area was. Not only Ohio, but also Michigan, Indiana, Illinois, Wisconsin, and part of Minnesota were all formed from the Northwest Territory. If you had ancestors who were early Ohio settlers, imagine what changes they would have seen in their state over the course of their lifetimes. (If you're interested in maps, be sure to read Gena Philbert Ortega's article "5 Map Sites Every Genealogist Should Know.")

With Google Earth, now you can see why your ancestor might have had a birth record in one county and a marriage in another. No, they didn't move -- the county line did!