Telling the Stories of the Lost: Remembering Fallen Service Members

Start at same place you start with any genealogical research and that is with what you know, which includes family stories. Write the stories down even if you believe they are mostly tall tales. They might contain one piece of information that sets you down a new research path and answer many questions. Look for family correspondence such as postcards, photos sent home or to a soldier, and letters sent back and forth. What clues do they contain? After you have exhausted the home sources and family stories, investigate more easily located records just as you would when researching anyone else in your family.

Newspapers are important. Memorial notices were often placed when the family was notified of the soldier's death; an obituary may appear later, when his remains were brought home. Search for lists of soldiers declared fit for service, those put on troop trains, soldiers killed in action, and prisoners of war. Many newspapers also printed photos of those who were killed in service. In some cases, that might be the only place a photo is found.

Vital records can help you piece together other family members, addresses, and birth and marriage dates. These will help you write the soldier's biography and early life story. Cemetery records show you where a soldier is buried, who is buried with him, and when the remains were returned to the family. You may notice that in World War I and World War II that a soldier's remains may have not been buried in the U.S. until one or more years after his death overseas. The tombstone may be the first place you discover the unit in which the soldier served. However, keep in mind that not everything written in stone is correct. When I researched Frank and his D-Day experience, I wrote to the 29th Infantry Division's historian and said Frank was in the 129th Division, 29th Infantry. The historian said there was no 129th and that the tombstone contained an error.

Do not overlook local libraries, local colleges, smaller archives, and museums. You may locate a piece of information that helps add life to a soldier. For example, when I researched Robert's life I went to a community college's library where I found bound school newspapers from the 1930s and college yearbooks. To have proof Robert participated in the Engineer Club, Chemistry Club, and was on the wrestling team in college gave his story more life. 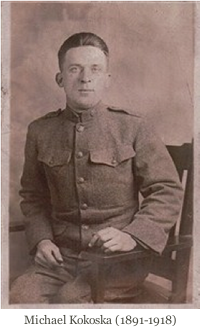 Some records require a bit of legwork and persistence to find. However, they can add an enormous amount to the story being told. Some records are available in Archives.com's military collections; others require contacting a repository or visiting a library.

Contact the National Personnel Records Center (NPRC) in St. Louis, Missouri, and request military service records for your soldier. In many cases for Army and Air Force, these records do not exist, as they were burned in a fire in 1973. If you have the soldier's company information, ask the NPRC to search Morning Reports for that time period. Morning Reports typically contain the names of soldiers moving into or out of a unit, names of those killed in action or declared missing in action, numbers of those in that company at meals, and possibly battle action information and weather information. (For more information about records at the NPRC, read Kathleen Brandt's article "Your Ancestor's Military Records Were Destroyed? What To Do?")

World War I Burial Files and World War II Individual Deceased Personnel Files (IDPFs) are valuable resources that many do not know about. If your soldier died in the service, write a letter requesting a copy of the Burial File or IDPF, providing as much information as possible about the solider including his name, birth date and place, serial number, unit information, dates served, death date and place, and next of kin name and address. Cite the Freedom of Information Act (FOIA). These files are free to family members. Send the letter to:

It takes approximately six months to receive the file, but it will contain information about the soldier's death, original burial, disinterment, and reburial. Some files contain telegrams and letters from family members. When I read Michael's Burial File, I cried. There were several handwritten letters from his father to the Graves Registration Service asking for three years when his son's remains would be returned to the family in Chicago. I could feel the father's pain in these letters.

World War I Bonus Applications are another lesser-known record that can add to the story. These records, usually held in state archives, were created after World War I to provide a bonus payment to the solider or his next of kin. These records may contain family information such as sibling names and addresses, next of kin names and addresses, affidavits, telegraphs, statements of death, and other materials. These records contain a soldier's unit and serial number, which can aid when looking for other records.

After Action Reports are reports written at the beginning of a month, outlining the details of battle and service in the previous month. While these reports may not list your soldier by name, they paint a picture of what your soldier may have experienced that month while serving in that unit. It adds historical context to your soldier's story.

Air Force Accident Reports were created when there was a plane crash either stateside or overseas. These reports typically contain crash site photographs, witness statements, details about the pilot and crew which includes vital information, rank, serial number, number of hours flown in the type of plane that crashed, hours flown in other aircraft, and cause of the crash.

Historical associations may provide information or photographs on a soldier that you may not find anywhere else. You may also be able to receive medals from some of these organizations. In 1996 when I began researching Robert's story, the Flying Tiger Association had just received the Distinguished Flying Cross citation and medals for all the Tigers. I sent them a letter explaining that I was one of his cousins and last living relatives and was able to receive his citation and medal.

Unit histories are invaluable. Like After Action Reports, unit histories may not mention your soldier by name, except in a list of soldiers Killed in Action, but they will give you background information. Finally, check the World War I Order of Battle Books and similar books for both World Wars. These books, often available in larger public libraries as well as university libraries, outline all the movements of every unit that fought. Using this information, you may be able to map out where your soldier may have served, assuming he was with that specific unit at those times. You may never know for certain, but you can write the story and speculate on his movements and activities. 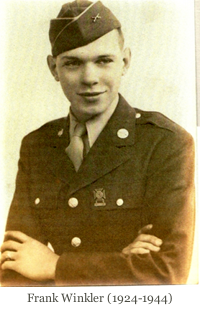 Talk to family members and attempt to locate individuals who may have served with your soldier to gain additional information. Compile all the information gathered and write the soldier and family's biographical information at the beginning of the story. Create maps that outline a unit's movements during the time in which your soldier served in that unit. Add military record information, such as when a soldier entered the service, when they entered a particular company, if they changed jobs while in the service, and any other information you are able to locate. Photographs and documents bring the story to life. Finally, while it would be nice to have all the answers to our questions, that will never happen. Write the story anyway.

The Memory Lives On