Tracing Your Ancestors From The Underground Railroad

The Underground Railroad (UGRR) was an informal network of individuals loosely organized to aid the escape of American slaves out of slave-holding states and into free Northern states, Canada and South into Mexico. If you're searching for your ancestors whom you believe escaped slavery via the Underground Railroad (UGRR), whether they ended up in Mexico, the free American North or "North of North" in Canada, they all had one thing in common - eventually they became free. In black genealogy, we refer to Free Persons of Color as FPOC, an acronym you'll see mentioned in various databases and records.

The machinations of the UGRR are well documented and some historians estimate that well over 100,000 enslaved blacks eventually escaped via the UGRR with the lion's share ending up in free Northern states. However, once the second Fugitive Slave Act (1850) was enacted, former slaves no longer had the right to trial, slave catchers no longer had to prove ownership and local authorities were compelled to aid in the apprehension of suspected fugitives. As a result, with legal remedies stripped away, former slaves and even free-born blacks, were quite literally snatched off the streets in free states and transported down South and sold into slavery.

Between 1850 and Emancipation (1865), tens of thousands of free blacks moved farther North, into Canada, in an attempt to avoid capture, and as some slave catchers crossed the U.S./Canadian border in search of prey in border cities like Windsor and Niagara Falls, many of these black families moved even further North into cities like Owen Sound, Collingwood, Brantford, and Chatham, to name just a few. Though many returned to the U.S. after Emancipation, thousands of families chose to remain and their descendants can be found all over Canada today.

The fact that your ancestor escaped via the UGRR may be lost to history, particularly if there was little oral history in your family. There are a few dead giveaways, however, that many researchers simply ignore or dismiss because they figure the information is just wrong:

Example 1) One child was born in Canada, but everyone else in the U.S. I've seen this happen quite often and, in many cases, the researcher just assumed the census enumerator made a mistake so they don't bother to look further.

Tip: The first national Canadian census was in 1851, one year after that dreaded Fugitive Slave Act. If your ancestors escaped to Canada, there's a good chance you'll find them in either the 1851 or 1861 Canadian Censuses, and it doesn't hurt to check the 1871 Census either, as some family members may have remained in Canada when the rest of the family returned to the U.S. Even if you have no reason to suspect your ancestors may have transited through Canada, it doesn't hurt to look. The entire Canadian census has been digitized and is searchable on a variety of Web sites, both free and subscription-based. 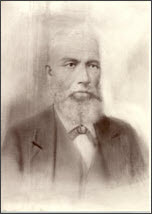 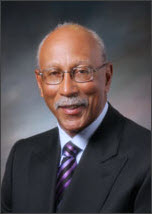 Example 2) Census Schedules - Some blacks were able to purchase their freedom while others were manumitted (freed) upon the death of their enslavers. It wasn't uncommon for a free black to buy his or her spouse or child from the enslaver, and continue to live in the same state or even the same county. The problem comes in when researchers simply assume that all blacks (particularly in the South) were slaves prior to 1865 and don't look to see if they were free.

Tip: I bet that you haven't checked each and every single branch of your family tree to find your ancestors in the U.S. Census prior to 1870.

Several years ago, I did the genealogy of my former boss, Dave Bing (now the Mayor of the City of Detroit), as a birthday gift. He had no idea of his ancestry and all he could tell me was that his father's name was Hasker. With that I began the process of tracing the Bings back to their South Carolina roots. I found David's great grandfather, Turner Bing, living in St. Peter's Parish, Beaufort, SC, and like most black folks, I figured that that would be as far back as I'd be able to go using the U.S. Census, since blacks weren't enumerated by name prior to 1870, because, as we all know, all blacks were slaves.

On a lark, I thought, "What the hay. Check 1860 anyway." When I did, I was amazed by the results. Not only did I find Turner Bing in 1860 (living with his father, Charles W. Bing), but I was able to trace Charles Bing back to 1850, 1840, all the way back to 1820. Eventually, I was able to tie this line all the way back to the very first U.S. Census in 1790 - free blacks living in South Carolina. The Bings, as it turns out, were never slaves. In fact, they even owned a few slaves, property, and they were listed in local vital records, etc. Though recording the lives of free blacks may vary from state to state and even county to county, had I not checked, I'd have never known of the very rich legacy the Bings left behind. I even found a distant Bing cousin who provided me with a photo of Julius Bing. Even though the two are probably five generations apart, the physical resemblance was uncanny. Julius looks like Dave Bing with a really long beard.

The majority of escaped slaves who made it to Canada ended up in Ontario, which started collecting birth, marriage and death records (BMDs) in 1869, just a few years after Emancipation. For those family members who chose to remain in Canada, these records may provide crucial information to help you tie them to their American cousins. In the marriage record of Washington Murdock and Matilda Freeman in 1869, we see they're both widowed, where they were born, names of both parents, current residence, and other important information. One caveat, though, race wasn't a required field in many early Canadian records, but clerks would often mention a person was "Of colour," "African," or a similar notation, but not always. Just like any other record, it's always good to find additional sources of information to prove any given fact.

Okay, so you didn't find your ancestors in any of the Canadian Censuses or in the U.S. Census prior to 1870. Have you checked the newspaper? The fact that many blacks escaped North or South then never returned to their families was not lost on the publishers of the Negro press. Hundreds of black-owned newspapers in the U.S. and Canada, commonly known as the Negro press, helped provide a lifeline to those separated by the ravages of slavery. These independently owned newspapers, some weekly or bi-weekly, would publish personal advertisements from those seeking to reconnect with lost relatives. Since it was illegal for slaves to be taught to read or write, most former slaves were illiterate, so it was common for black ministers to read these heart rending ads during church services. No one knows how many, if any, of these ads helped reunite families, but from a genealogical standpoint, these "Search and Reward Notices" provide detailed information you will probably not fine anywhere else ... and most genealogists don't even bother to look simply because doing newspaper research is tedious and extremely time consuming.

Here is one such notice from the Langston City Herald (Oklahoma Territory). "To the Public: My mother and two sisters were sold away from Hines County, Miss, during the first year of the war. My mothers name was Edna Lewis; my sisters names were Sophia and Eadie. They were about 2 and 3 years old at that time. They were sold by Hugh Lewis who was their owner. Anybody knowing of them will please address me at Landston City, Ok." - Walter Lewis

From this one ad, we're given the names of Walter's mother and sisters, their approximate ages, their former owner and his location, and the approximate year of their sale. Many of the Search and Reward Notices mention several slave owners, physical descriptions of family members, former names, etc. This is a resource you really need to discover.

The best way to find them is to use any number of online newspaper databases, and do a search for "Information Wanted," or "Lost." One of my favorite free newspaper databases is the Library of Congress' Chronicling America. This is a rather small collection, at the moment, but more newspapers are being added all the time. You can search by name, by phrase or by keywords and the images are clean, and they highlight your search results, making them easy to find. These Search & Reward Notices are not limited to just black folks and were published in all sorts of newspapers. However, the Negro Press newspapers hold the lion's share of these notices and they're a good place to start. There are digitized/ searchable newspaper databases on a variety of Web sites and though it takes patience to search them, the information you may find within may prove to be priceless.

In the end, your ability to locate your ancestors rests on how thoroughly you search available resources. Whether or not you believe your ancestors participated in the Underground Railroad, it's worth taking a few hours to check these sources I've mentioned here. You never know what you may find, and those finds may be some of the most important information you may ever locate. Good luck in your search.

Some of my Favorite Free Canadian Web Sites: