Learn from Experts ›› Research Strategies ›› Ancestors on the Job

Ancestors on the Job

An ancestor's occupation can be one of the most telling details of their lives. Jobs hint at training, daily workload, stresses, pay, lifestyle and working environment. They may tell us what they wore, tools they used, dangers or discrimination they faced, and rewards they experienced.

Fortunately, an ancestor's occupation can be easy to learn. It appears in common genealogical sources. In fact, we may end up with a list of several jobs an ancestor held over time. But how do we expand that knowledge into a larger understanding of their lives? Here's how you can make it your job to learn about theirs.

Our male American ancestors were most likely to be farmers. In 1820, the free labor force numbered less than three million, and a full two million (72%) engaged in agriculture. Over the next 120 years, the labor pool grew to over 53 million workers. Industries emerged and specialized, then evolved or failed. After the 1850s, mining and railway work picked up, then peaked in the early-to-mid 1900s, when the automotive, textile and iron/steel industries also employed large numbers. If you lined up eight typical workers in 1920, two would be farmers, two in manufacturing, and one would be in sales; one half would be a railway employee. 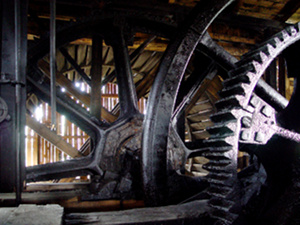 That picture comes from the federal census, so it's not fully representative. Enslaved Africans were never fully enumerated with names and occupations. Many spent their lives working in the fields or in domestic service. Women of all races represented a small fraction of the paid labor force (only 18% as late as 1900); most worked at home in unpaid domestic service. Of those who worked in 1900, more than half were semi-skilled manual laborers and domestics. One in five worked on a farm.

The first place we may find an ancestor's job is in the federal census. In 1810, supplementary notes were written into the margins next to those who ran manufacturing businesses. The 1820 census noted how many per household worked in agriculture, commerce and manufacturing. In 1850 and 1860, censuses list the profession of free males over the age of 15. Beginning in 1870, paid employment is logged for everyone. Later years add more details: months unemployed; type of industry; whether self-employed, employed or an employer; whether a home was also a farm; and in 1930, the class of work performed (listed as a numerical code). The 1940 census asks several detailed questions about work status, including whether employed through government relief programs, a reflection of the Great Depression. (You can find all of the questions for each federal census at "Census Questions by Decade.")

Where else can you look for your ancestors' jobs? Try military paperwork (particularly draft, enlistment and discharge papers), city directories, passenger lists, obituaries, court records, and even wills and probate packages, in which personal possessions may hint at a trade. For enslaved ancestors, check the 1850 and 1860 slave schedules, just in case. Occasionally, a specialized trade is mentioned. Other places to learn a slave's trade are in courthouse records (bills of sale and deeds relating to slaves and the wills and probate records of owners), newspaper notices of sales or runaways, and signature registers from the Freedman's Savings and Trust.

It's often possible to learn more about an ancestor's business--not just the shoemaking business in general, but his shoemaking business. Manufacturing schedules from the 1820, 1850 and 1860 federal census captured a lot of information from manufacturers who made more than $500 a year (and a few who made less): the kinds of raw materials and machinery they used, number of employees, capital invested, labor costs, what they manufactured and the market value of their products. In 1870, even more information was gathered but the paperwork was called "Industrial Schedules." In 1880, look for supplemental schedules for specific industries like mills and shoemakers.

Agricultural schedules were also taken in 1850, 1860 and 1870. These provide a similar level of detail about each farmer's work. Learn who owned or managed the farm; how many acres it had, its cash value, machinery, specific types of livestock and crops, annual slaughter and harvest figures, and farm-produced goods. Small producers were excluded from this schedule; those who produced less than $100 annually were excluded in 1850, and those who produced less than $500 were excluded in 1870.

Inclusion in one of the above schedules was not an either/or proposition. Single individuals could run complementary businesses. It pays to search both schedules for your ancestors. Similarly, don't narrow your search too much; an ancestor may have owned a mill and a farm in different places. Ancestry.com makes it easy to search both manufacturing and agricultural censuses with its dataset "Selected U.S. Federal Census Non-Population Schedules, 1850-1880." (The 1820 manufacturer's census is on microfilm at the National Archives; see if you can find the published Indexes to Manufacturers' Census of 1820: An Edited Printing of the Original Indexes and Information (Bookmark, 1977).

The census may not be your only source for an ancestor's work. Have you looked for clues tucked away in family files? Pay stubs, check registers, union cards, employee badges, pictures from company picnics and holiday parties and insurance files (especially for a work-related policy or one sponsored by a work-related fraternal organization) can all have clues about occupation. Did the person live late enough to generate an SS-5 (Social Security application)? That form lists an employer's name and address. World War I and II draft registration cards requested job information. Obituaries and even death certificates may describe a person's occupation.

Much harder to find--but sometimes jackpot-worthy when you find them--are corporate or union newsletters, employee or member files and commemorative histories. Start with the Corporate Archives Index. Contact archives and historical societies local to that business, as they may have inherited records. Finally, if you know the name of an employer or the town and type of industry, keyword-search those terms, especially with the word "archive" or "records." You may find a cache of records in unexpected places. For example, the University of Michigan has complete work histories for employees of the Ford Motor Company (1918-1947) and the Pullman Car Works (1902-1948). The Walter P. Reuther Library at Wayne State University in Detroit houses records of several unions, ranging from the Air Line Pilots Association to the United Auto Workers.

Once you start digging, you may find very specific resources. The Railroad Retirement Board may have records relating to retirement benefits. The National Personnel Records Center at the National Archives has records relating to civilian employment, including in Depression-era government work programs like the Works Projects Administration. Diane L. Richard's Expert Series article "Civilian Conservation Corps: Records from the Great Depression Era" is a good introduction to the materials available for your ancestor who worked for the CCC.

Once you've exhausted resources specific to your ancestor's involvement in a particular trade, broaden your scope to the trade in general. Consult resources like these:

Working for a Living

As you can see, it will likely be a bit of work on your part to learn about your ancestor's work. But most of our relatives spent at least half their waking hours employed. Understanding their work is often a major key to understanding their lives.