Not myth or legend; The Blue People of Kentucky were an isolated enclave of Appalachian people who lived with an embarrassing skin discoloration until a young hematologist took notice and found a solution.  As the story goes, Martin Fugate, a French orphan, settled on the banks of eastern Kentucky's Troublesome Creek around 1820 to claim a land grant.  He married a red-haired American named Elizabeth Smith with a very pale complexion.  Little did they know that their union would create shades of blue people!

Generations later, a descendant of Martin Fugate, Benjy Stacy, would be born "blue".  '"He was almost purple,"' his father, Alva Stacy, recalls."   Benjy was born in a maternity ward near Hazard, Kentucky and was rushed by ambulance to a medical clinic in Lexington to find help for his blue problem.  Days of testing provided no answers; but then Benjy's grandmother told the doctor a story about the "blue" Fugates.  Incredibly, Benjy had inherited a gene dating back over 162 years!  Thankfully, Benjy lost his blue shade after a few weeks and the only lingering effects were blue fingernails and lips when he was cold or angry.

In the early 1960's, this blue malady caught the attention of Madison Cawein, an inquisitive hematologist from the University of Kentucky.  Curiosity drove him to Hazard where he was introduced to a nurse, Ruth Pendergrass, who had met a "dark blue" woman.  She was one of the "blue" Combses who lived up on Ball Creek and was a sister to one of the Fugate women; her brother, Luke, was also blue.  The search for blue people ensued.  Patrick and Rachel Ritchie, who lived in Hardburly, were also blue.  Cawein eventually found a small population of people in the back woods of Appalachia, many with a blue skin disorder.   The afflicted were embarrassed about their condition and adamant about talking to Cawein.  Eventually, Cawein gained their trust and began taking blood samples. Tests for abnormal hemoglobin were negative.  Then he began to construct the family genealogy and traced their roots back to Martin and Elizabeth Fugate. 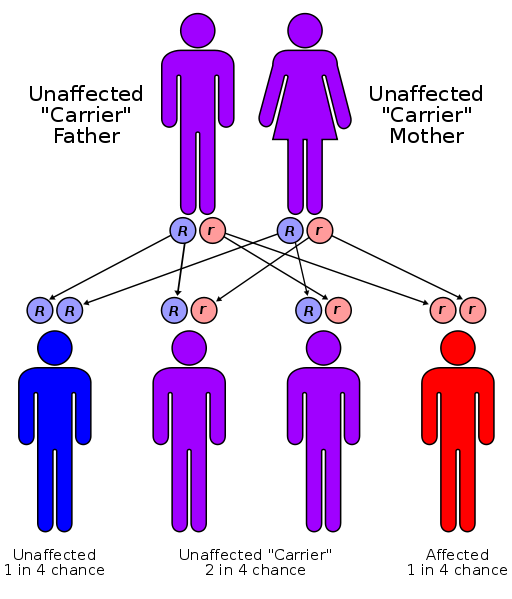 Cawein was determined to find a cause and possibly a solution to help this small group of isolated Appalachian people.  In his research, he found a 1960 article by E. M. Scott that was reported in the Journal of Clinical Investigation.  Scott's research had found hereditary methemoglobinemia among Alaskan Eskimos and Indians caused by an absence of the enzyme diaphorase from their red blood cells.  Methemoglobinemia is a rare hereditary blood disorder that results from excess levels of methomoglobin (metHb)  in the blood.  "Methomoglobin is an oxidized form of hemoglobin that has a decreased affinity for oxygen, resulting in a reduced ability to release oxygen to tissues."   This results in brown blood giving Caucasian patients a bluish hue to their skin.

The blood disorder is inherited as a simple recessive trait - meaning that to get the disorder, a person would have to inherit two genes, one from each parent.  One could inherit the gene, not get the blood disorder, but pass the gene on to a child.  The gene would most likely appear in an inbred line. Martin Fugate carried the recessive gene and the odds that he could have married a woman with the same recessive gene were overwhelming - but that is exactly what happened.

Fortunately, Cawein was able to find an antidote for the blood disorder - methylene blue which acted as an electron donor.   The antidote worked quickly but patients were required to take daily doses as it passed quickly through the urine.  At last they were free of their "blue" shade and were no longer embarrassed.

Cawein, in researching the family lines in Perry County, Kentucky and with the help of Fugate Family Bibles, found in fact, that the Fugates had married Fugates, had married first cousins, and had intermarried with families whose surnames were: Combs, Smith, Ritchie, and Stacy.  They lived in isolation and married the girl next door, even if they had the same last name, and consequently passed the gene on to many generations.  Martin and Elizabeth had seven children, four being born blue; Zachariah, who was blue, married his mother's sister.  Written family records do not indicate Martin's skin color, but family legend says he was blue.  Eventually, the recessive gene began to disappear once coal mining and the railroad opened the community to outsiders.  This small enclave was no longer isolated and they began to disperse and marry outside of their little clan diminishing the effect of the "blue" gene.

In online research, there was no mention made of "blue" people as recorded in the genealogy book, The Fugate Family of Russell County Virginia, published in 1986, but it has been confirmed in the Fugate discussions on the Genforum.  It is almost certain that Martin was a descendant of the Fugate family of Russell County, Virginia and probably of French origin.   It is documented that Fugates were born in the colonies in the mid 1600's but the original progenitor has not been confirmed.  Different spellings of the surname sometimes include "Fugett" and "Fugitt".  Mary (Dawley) Fugate, who answers quite a few queries and also helped compile the genealogy book, indicates that the siblings of Martin Fugate were not blue but he must have been a carrier.  She also states that the union of Martin and Elizabeth were probably not the originators of the gene as their marriage took place too late.  There was a Zachariah Fugate who was married to a Mary Smith; both carried the gene which resulted in blue children.  Mary Fugate said that the gene is very dominant in the Smith line but there is still no concrete answers as to what couple started the shades of blue people.