Those with Creole and Cajun ancestry can date their family's migration to the United States, specifically to the areas in this map of Louisiana back to colonial times. 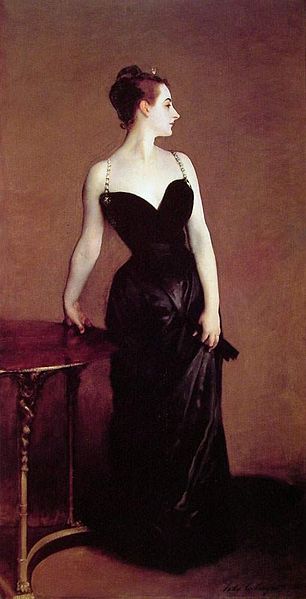 Today, two types of Creoles exist in Louisiana. The former French Creoles are descendants of Europeans of French/Spanish who settled in

The term Creole was first used during colonial times by settlers referring to those born in the colony rather than those born in France. In New Orleans, the original center of the Creole community, it applied to only people of European descent.

Secondly, the term "Creoles of color", a 19th-century term, came to refer to mixed-race people (European and African ancestry) who were born in Louisiana. The Creoles of Color, or "gens de couleur" as they were referred, gained their freedom during the colonial period prior to the Civil War. The term Creole has also been used to define those people of color from the West Indies.

In the early 19th-century New Orleans, the term Creole was a way that those "born in the colony" differentiated themselves from the many Americans who settled in the city after the Louisiana Purchase. In rural Southwestern Louisiana, a blending of French, African, and Caribbean cultures was considered Creole. This leads to some confusion as to what the term "Creole" truly means.

Louisiana was quite unique in the development of a three-tiered social order: white, slave and free people of color. Most modern day Creoles have family ties to the area noted on the map, placed a high value on education, established their own businesses, spoke French and followed the faith of their ancestors as members of the Roman Catholic Church.

While some of these areas are also attributed to those with Cajun ancestry the distinct difference refers specifically to the influx of the Acadian settlers who headed south after the Great Expulsion from their homeland during the French and Indian Wars (1754-1763). The Acadia region of French Canada consisted of what are now Nova Scotia and the other Maritime provinces, which includes eastern Quebec and northern Maine.

Little did they know when the Acadians headed for Louisiana, they would be arriving in Spanish territory. The largest single group came in 1785 when Spain paid to carry about 1600 Acadians from France to Louisiana. 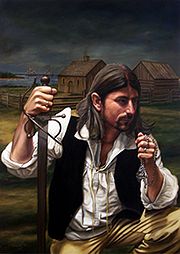 The area of Louisiana, now known as Acadiana comprises about 22 parishes today. It forms a triangle from Lake Charles at the west to Grand Isle at the east, with Pointe Coupee at the apex. The Acadians were the largest group to settle in this area from 1765 to 1785. While the Acadians were made up the largest population in South Central Louisiana, they found themselves surrounded by other nationalities and cultures. The blending of these cultures eventually formed what we know today as the Cajun culture. The word Cajun is derived from the word Acadian as follows: Acadian is spelled Acadien in French. The "A" was gradually dropped and "Cadien" was used. In old French, "di" was pronounced like a "j" so Cadien sounded like Cajun.

With such a diverse culture existing in the area, the Acadians inter-married with the other groups in Louisiana thus nearly all the descendants of the early settlers have become "Cajuns".

Similarly to the Creoles, the Cajun's spoke primarily French. Over time they would incorporate English to get along in an increasingly Anglo society, and this dialect is what we know of today as Cajun French. They lived a simple life of farming, ranching and hunting. It was a simple fact that an extended education was unnecessary due to their lifestyle. Like their ancestors, Cajun's of the 18th century were Catholic and still plays an important role. However, Protestant churches sprang up in the area and by the 20th century is no longer a certainty for a Cajun to be Catholic.

While the Cajun's are known today for their music, it is the Creole cooking which was blended in to what we know today as Cajun cuisine.

One way do distinguish if your family had true Creole origins, especially those who have a mixed heritage is to look in the 1850 and 1860 census. As mentioned, Creole's were defined as free people of color prior to the Civil War so finding them should not be difficult. If you are unable to locate them it is more than likely they lived and worked on a plantation and will only be found in the slave schedules.

In addition to Census records, one of the most important sources are the Church records. Baptismal records, Marriage records, and Funeral registers would be of great importance to you research. Pay particular attention to the names as they often were portrayed in various documents under French, Spanish, and English spellings, i.e. Pierre + Pedro + Peter ; Antoine + Antonio + Anthony. During the time period, many males were baptized as Joseph and females as Marie + other names of saints. These names were rarely used in other records.

Since the Acadian people arrived in Louisiana from 1765 to 1788, the resources most used will be Census records, church and court house records, vital records and the passenger lists of the seven ships that arrived in 1785 to construct the genealogy of Acadians in Louisiana.

As is the standard genealogical method for all starting out in genealogy is to work backwards starting from yourself, filling in information from family members, family records before delving into online and offline records.