French Americans, or Franco Americans (those of French descent), account for around 11.8 million United States residents, so it should be no surprise that when researching your family history you may encounter the need to research some French ancestry.

Unlike other immigrants who came to the United States, some French Americans arrived prior to its founding. In 1534, French explorer Jacques Cartier had planted a cross in the Gaspe Peninsula on the south shore of the Saint Lawrence River in Quebec, Canada and claimed the land in the name of King Francois I. It was the first province of New France. After 70 years of failed attempts to form settlements in North America, (as a haven for French protestants fleeing persecution) France established its first permanent colony in 1604 with the formation of Ile Saint Croix on Baie Francois, now known locally as Dochet Island in Maine, New England. It then spread to other nearby locations like Nova Scotia, New Brunswick, Cape Breton and Prince Edward Island, collectively known as Acadia and in 1608 the formation of a second permanent settlement in Quebec, Canada. At its peak in 1712, New France extended from Newfoundland to the Rocky Mountains and from Hudson Bay to the Gulf of Mexico and the territory divided into 5 colonies, Canada, Acadia, Hudson Bay, Newfoundland and Louisiana.

After the capture of Fort Beausejour in the Acadia region in 1755 by the British, the French settlers were disbursed to England, France and English Colonies in America. The "Great Upheaval" also saw many make the long trek to some of the 13 colonies in the south to begin a new life, and in 1785 Spain transported seven shiploads of Acadian exiles to Louisiana where these Acadians became known as Cajuns. Much of French culture still remains today in Louisiana and in 2000, the Census reported that 15% of the population of Louisiana speak French at home. The French Colonial Empire in America ended in 1803 with the sale of Louisiana to the United States by Napoleon Bonaparte.

French Emigration resumed in the 19th Century. Political refugees fleeing the failed 1848 revolution resulted in over 63000 French Immigrant's arriving in the US between 1847 and 1851. The Franco-Prussian War also saw an increase in French immigration preferring to settle in New York, Chicago and New Orleans although a few settlements were established in the Mid-West. In the late 19th Century New England saw an increase in French migrants from Qu�bec and New Brunswick to work in the Saw mills and logging camps whilst New York State offered opportunities for farming, blacksmiths and other trades.

After the Civil War, there was a large increase in French Canadians arriving in the United States, settling in Massachusetts, Rhode Island and Vermont. The extent of French Immigration to the United States was summed up in a 1978 investigation that revealed that since 1820 over 751,000 people had immigrated to the US accounting for 1.5% of the total foreign immigration in this period.

To begin researching these ancestors, first establish the city or town that your ancestor may have arrived from. First point of call would be to check with any older ancestors that you may have contact with. If that is not possible, check the civil, church and census records in the United States for clues or to help identify a time they may have arrived or a town they settled in. You can then attempt to cross reference with the immigration patterns that you know of to try and identify a point of origin:

(The Emigration from France was not strictly systematic but can be used as a guideline to your research):

1785: Some exiled Acadians shipped from France to Louisiana.

1789 to 1791:About 500,000 refugees flee the French Revolution for neighbouring nations and the Americas. About half later returned.

1815 to 1817: Political turmoil after the fall of Napoleon leads to a wave of French emigration t

o neighboring countries and the Americas.

1871: There is a wave of French emigrants, largely to North America.

Unfortunately there are few emigration records from France but there are some Canadian Records of French immigrant's into Qu�bec from 1632 - 1713 (see resource links).

The port of Le Havre in France saw the departure of most French emigrants during the 1800's and the French Genealogical society has discovered a card index of 75,000 passengers and sailors leaving France between 1780 and 1840 and the French National Archives holds records of Le Havre cargo ve

ssel crews and passengers along with a few records from Calais, Cherbourg, Brest, Lorient, La Rochelle and Dieppe. There are several books and indexes focusing on persons emigrating through Alsace-Lorraine from 1817-1866, a useful resource as many French either lived in Alsace or passed through when emigrating.

Perhaps the best way to trace the immigration is in the destination nation itself. There are no comprehensive lists of immigrants arriving in Canada before 1865. However, there are other references that can be found still in existence. The majority of Immigrant's to Canada came as "Engages" and signed "engagements" (contracts) for a three year period to work in New France through a religious community, merchant or recruitment agent. After this 3 year period many remained in New France and some reference to these can be found in the Colonial Archives database. 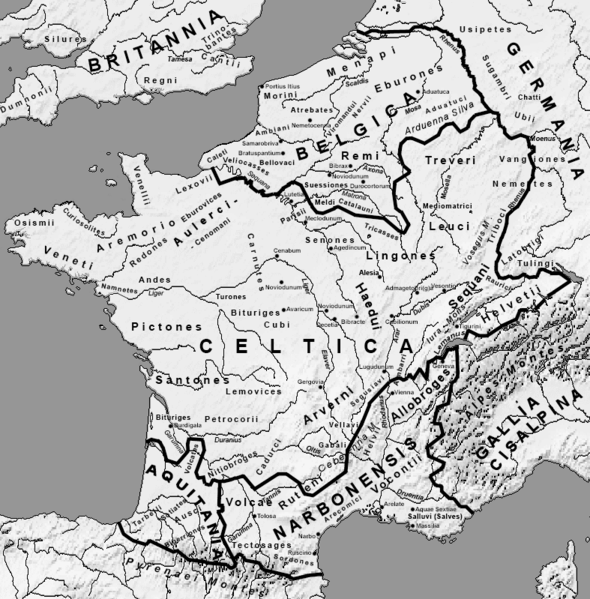 Library and Archives Canada holds a number of lists relating to immigration from the early 1820s. Formerly known as the Miscellaneous Immigration index, it mainly records immigrants

from the British Isles but holds references to settlers in other provinces.

Many immigrants' arrived in North America extremely poor and relied on benevolent societies for assistance. In 1831 The Montreal Emigrant Society was established to transport immigrant's arriving at Montreal and Quebec to settlements in different parts of Canada and North America. Certain records of these are held at the Library and Archives Canada.

If you can establish a town, you can switch our focus to French records. Prior to the French Revolution, France was divided into provinces, now known as regions. Then in 1789 the new government reorganized France into Territorial Divisions (departments). There are 100 Departments in France, 96 within its borders and 4 overseas. Each department has its own archive and most important Genealogical records are kept at these departmental archives. Records are also kept at local town halls so it is important to have a starting town or department.

The French census is taken every 5 years beginning in 1836 (earlier in some communities) which contain name of all members living in a household, dates and places of birth, nationality and occupation. However these are not indexed and are rarely used in French Genealogy as locating names of households are notoriously difficult without a street address.

Birth, Death and Marriage records mainly date from 1792. Known in France as Registres d'�tat-civil (records of civil registration) they are held at the Le Mairie (town hall) where the event took place. The department archives hold duplicates of these after 100 years. The registers include wide margins which often records extensive information on an individual. A birth record may hold margin notes including marriage date, date of death and the place the event took place. Many of these are now online free of charge along with other departmental archives and Decennial Tables (a ten year alphabetical index from 1793, of births, marriages and deaths registered by the Mairie), although many are images of the original books and are not searchable, (no more time consuming than searching microfilms and you can do it from home!) Copies of civil records can be ordered from the local Mairie. Any records less than 100 years old are not available to the public due to French privacy laws and you will need to contact the local Mairie to make any requests.

Prior to 1792 parish registers are the most valuable genealogy resources. In France these date back to as early as 1334, these contain as a minimum, the names of people involved, date of even and sometimes parents' names, ages, occupations and witnesses. Parish registers prior to 1792 are held by the Archives Department ales, although some small parish churches still retain these old registers. Some parishes no longer exist and now belong to a neighboring town so always check the neighboring parish if you cannot locate a record. Most departmental archives will not perform parish record research for you but many of these records are now available on line at the Family History Library and other sources.

Parish records after 1793 are held by the parish and you will need to contact the local Diocese who is often happy to help for a small donation. France also holds well maintained cemeteries. Cemetery management in France is seen as a "public concern" and so legible inscriptions survive from as early as the 18th century. Cemetery records again can be found at the local town hall.

French Military records can be located at the Army and Naval Historical Services in Vincennes, France and records survive from the 17th Century and can include names of a serviceman's wife, children marriage and names and addresses of next of kin. However, French privacy laws mean these are not accessible to the public from 120 years of the soldier's birth, so are rarely used in French genealogy.