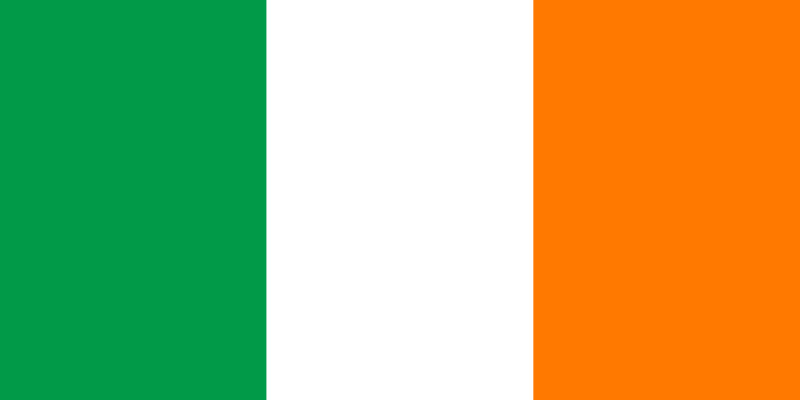 Many Irish surnames stand out in a crowd, thanks to the Mc, Mac, and O' prefixes attached to the titles. Consider the O'Sullivan, O'Connor and McCarthy families that you know and you can rest assured you are in good Irish company. Other Irish genealogy is not so easy to pick out, thanks to the English influence in the country during the 17th century, when many of the prefixes were dropped and spelling variations began to run rampant. Still, well-known names like Murphy, Kelly and Walsh bring a decidedly Irish influence to Western culture today.

If you are tracing your Irish ancestry, you are in good company indeed. Consider some of the great Irish Americans who have contributed to American history, including Andrew Jackson, Woodrow Wilson and John F. Kennedy. Entertainers have also made their Irish ancestors proud, like Harrison Ford, Gene Kelly and Michael Flatley. Even sports in America has seen its share of Irish influence, from John McEnroe to Shaquille O'Neal and Tom Brady.

Tracing Irish ancestry often begins with church records because much of the country of Ireland was Roman Catholic at one time. Many of the Irishmen who came to America started out their journey in a low-paying profession, but gradually worked their way up to a higher social status. Working backward through your Irish genealogy, beginning with the most recent generation, may open the door to some surprises throughout your family tree!

Tracing Irish ancestry is a common activity for Americans, since the Irish are the second-biggest ethnic group living in the U.S. today. In fact, the nearly 37 million Americans who claim Irish ancestry today are nine times more than the entire population living in Ireland! Americans with Irish ancestors make up about 12 percent of the entire population living in the U.S. Those with Scottish-Irish roots add another 5 percent to the total number. The only ethnic group to boast a larger percentage is the Germans.

The Irish have a rich history that spans centuries overseas. The terms used to identify Irish people in the early years of the country included Attacotti, Scoti and Gael. The term "Irish" derived from Erainn, and probably referred specifically to people who lived in the southern region of Munster. When Christianity came to the region during the 5th century, Irish raids were considerably decreased, as the country enjoyed a distinct change in its foreign relations.

The Irish have been known throughout history for their strong intellect and cultural awareness, perhaps due to the many different ethnic groups that visited the island. Irish scholars had considerable influence on shaping their own country, as well as surrounding regions. For example, many Irishmen entertained a considerable presence in the Frankish Court, and philosophers like Johannes Scotus Eriugena were known well beyond the boundaries of Ireland.

During the middle part of the 19th century, Irish immigration to America began to boom, particularly after the great potato rot in Ireland in 1845. Starving Irish families came overseas in droves in hopes of a better life. However, the immigration process was no picnic either, as travelers arrived on American shores with no resources to boast of and little advanced planning. Those that were willing to work hard found the growing American economy to be one of opportunity, and many found work laying rails and working in factories. Some found jobs as policemen or trolley car conductors as well.

As the Irish continued to immigrate to America, they brought many of their own traditions and beliefs to American shores as well. Their Roman Catholic religion became a prominent part of the religious environment in the United States, as Irish Catholics coming to the country sought out communities of Irish families where churches were a central part. Holidays like St. Patrick's Day began to be celebrated in this country, and though it was primarily the Irish who enjoyed the party, the traditions of the day permeated to other aspects of American culture as well.

While other ethnic groups that began moving to America later in the 19th century masked some of the Irish influx, the migration of the Irish continued. Today, there is still a strong Irish influence in many parts of the country, including Boston, Chicago, San Francisco, New York City and Philadelphia. A search for your Irish ancestry may turn up an interesting journey into a family that was instrumental in shaping the development of this country as they strived to produce a high quality of life for their own families.