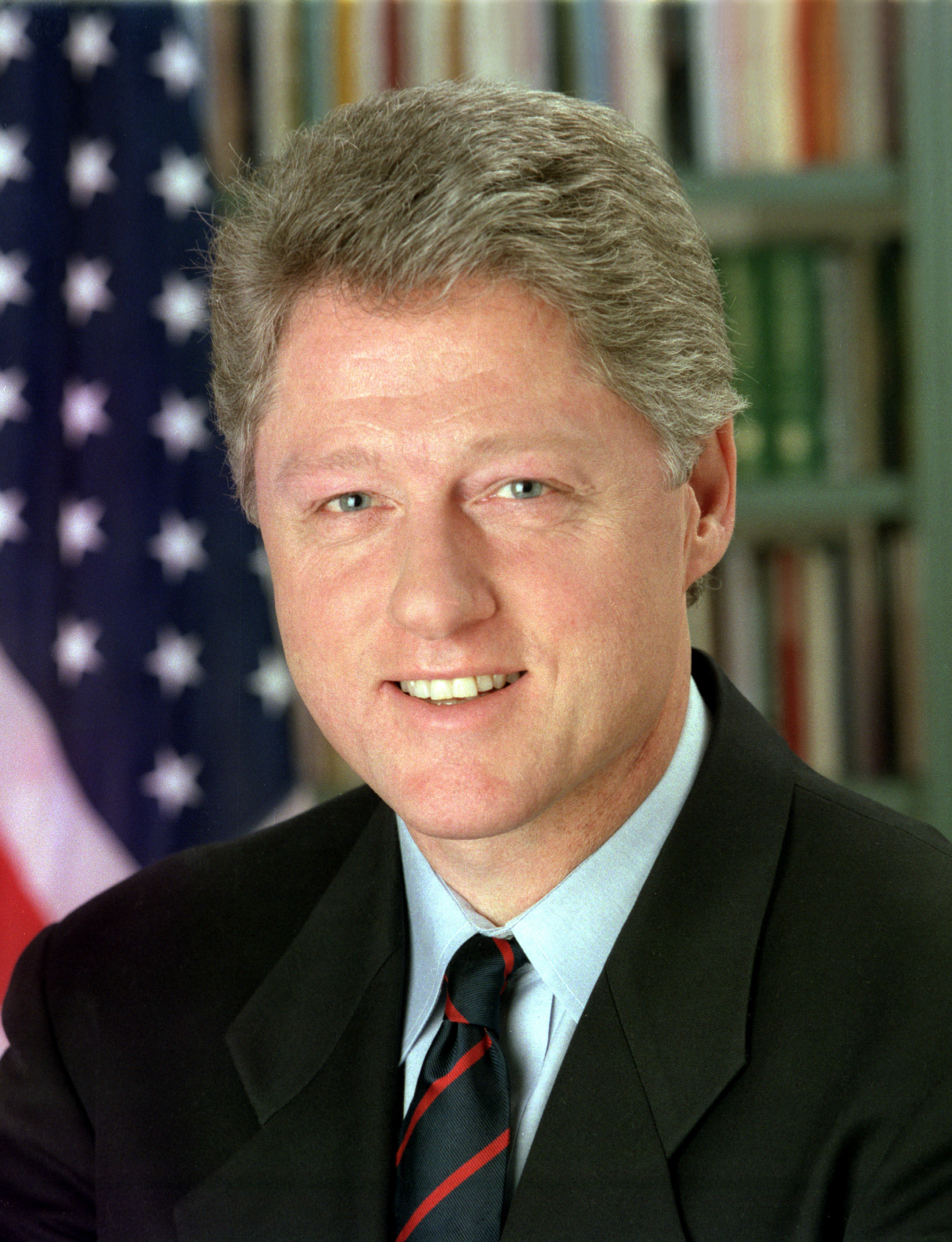 William Jefferson Clinton served as the 42nd President of the United States from 1993 to 2001. When Clinton was inaugurated into the office at the age of 46, he was the third-youngest person to ever become president. The Bill Clinton family history also includes Clinton's adoption by his stepfather after his biological father was killed before he was born - another unique feature to the Bill Clinton genealogy and presidential history. Clinton's two terms in the Oval Office earned him the dubious distinction as a New Democrat, with some policies decidedly centrist and others left-of-center. During his presidency, the United States enjoyed a time of prosperity and peace, making Clinton one of the most popular presidents in recent history. Unfortunately, a scandal involving a White House intern plagued Clinton at the end of his second term, when he was impeached by Congress for perjury and obstruction of justice. Despite the issues, Clinton left his second term of office with the highest approval rating of any U.S. president since World War II.

Although the Bill Clinton family history primarily consists of businessmen rather than politicians, Clinton got into public service at a relatively young age. He began his political career as the Attorney General of Arkansas in 1977, becoming the Governor of the state in 1978. Although he was defeated in the 1980 gubernatorial race, he was elected once again in 1982 and served as governor of Arkansas for 10 years more. Clinton moved right from the office of Governor to the office of President, finishing his final gubernatorial term in December, 1992, before getting sworn in as president in January, 1993. 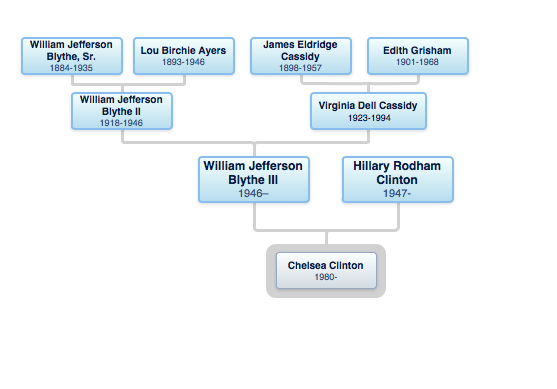 William Jefferson Clinton, whose birth name was actually William Jefferson Blythe III, was born on August 19, 1946 in Hope, Arkansas. His biological father, William Jefferson Blythe II, worked as a traveling salesman. In an automobile accident, the father passed away three months before Clinton was born. Faced with the difficult job of single parenthood, Clinton's mother Virginia left Clinton with his grandparents while she finished her nursing studies in New Orleans. When Virginia returned from her nursing training, she married Roger Clinton, who owned a car dealership with his brother. Roger Clinton became Bill Clinton's stepfather while Clinton was still relatively young, but he did not take his stepfather's surname officially until he was 14. Clinton remembers his stepfather as an alcoholic who abused his mother and step-brother, Roger Clinton Jr., repeatedly. Many times, Clinton reported intervening to protect his family members.

Clinton attended Georgetown University, where he earned a degree in Foreign Service, before heading to University College, Oxford, where he studied Philosophy, Politics and Economics on a Rhodes scholarship before transferring to Yale University. After graduating from law school in 1973, Clinton returned to his home state to teach law at the University of Arkansas. One year later, he ran for his first political office, a Congressional race that was lost to the Republican incumbent. The following year, Clinton wed Hillary Rodham, who was also a law student at Yale.

In 1976, Clinton was elected to be the next Attorney General of Arkansas, a post he held for just two years before becoming the youngest governor in Arkansas history at the age of 32. Clinton served as governor for two years before losing out to Republican challenger Frank White. While Clinton had accomplished much in his first gubernatorial term, including building roads and improving the educational system in Arkansas, Clinton did not feel his work in that office was finished. He ran again for governor in 1982 and continued to serve in that position for the next 10 years.

In 1992, Bill Clinton was elected to the office of President of the United States, along with Vice President Al Gore. The two spent the next eight years in the White House, balancing the federal budget, taking American forces into Bosnia to stop the genocide in that country, and bombing Iraq when Saddam Hussein halted inspections of weapons facilities by the United Nations. Clinton is also known for his support of expanding NATO and international trade. His popularity across the globe ensured large crowds would come to see this U.S. president wherever his travels took him.

In 1998, allegations of improper conduct with White House intern Monica Lewinsky began to surface. After the 1998 elections, Congress voted in a lame-duck session to impeach Clinton, based on the allegations that Clinton lied about his sexual relations with 22-year-old Lewinsky. This made Clinton the only U.S. President to face impeachment since Andrew Jackson. In 2000, Clinton's law license was also suspended for five years because of the allegations of lying.