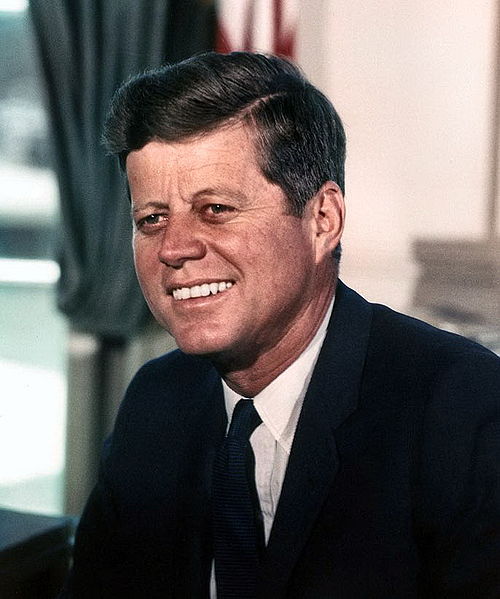 John Fitzgerald "Jack" Kennedy, also referred to as JFK, served as 35th President of the United States, from 1961 until his assassination in 1963. He was born in Brookline, Massachusetts, on May 29, 1917; the son of Joseph and Rose Fitzgerald Kennedy. John F. Kennedy's genealogy includes his Irish immigrant great-grandfather, Patrick Kennedy, a cooper who in 1849 settled in the East Boston, Massachusetts. Patrick's son, Patrick Jr., known as "P.J.", became successful in the saloon business, eventually entering politics. His business success was passed down to his son, Joseph Kennedy, who in turn used his wealth to help his son in his bid for the presidency.

John F. Kennedy was elected a member of Congress in 1947 and advanced to the Senate in 1953. That same year, he married Jacqueline Bouvier. John F. Kennedy's family tree was extended by the birth of his four children. Only two, Caroline and John., Jr., lived to adulthood. In 1960, Kennedy defeated Richard Nixon in the U.S. Presidential election. The world took notice of John F. Kennedy's family history during his 1963 visit to Ireland. Notable events during his three years in office included the Bay of Pigs Invasion, the Cuban Missile Crisis, the creation of the Peace Corps, the Space Race and the Civil Rights Movement. 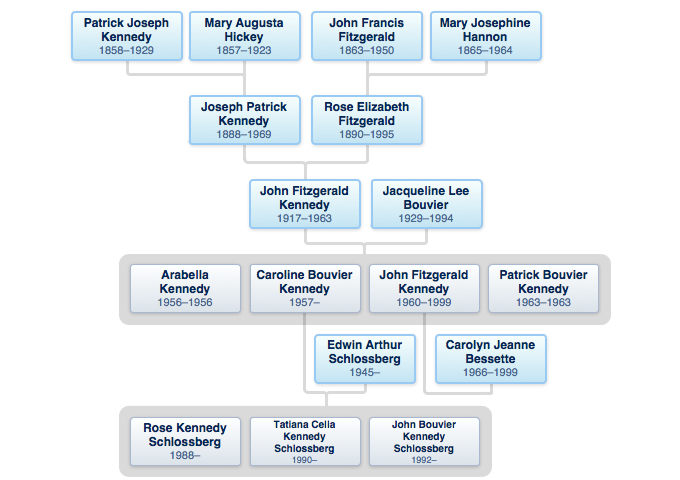 John F. Kennedy's father, Joseph P. Kennedy, was known as a multi-millionaire financier. Born on September 6, 1888, he first made his fortune as a stock market and commodity investor, and then entered the banking business. In 1914, he married Rose Fitzgerald, the eldest child of John F. "Honey Fitz" Fitzgerald, who served as the Mayor of Boston. Joseph Kennedy continued to make huge profits through the reorganization and refinancing of several Hollywood studios and by securing exclusive distribution rights for Scotch whiskey after Prohibition was repealed. He served as the U.S. Ambassador to Great Britain from 1937 until 1940, when he was forced to resign due to outspoken commitment to U.S. neutrality. After the war ended, Kennedy continued focused on his business interests, real estate and the careers of his sons.

P.J. Kennedy, the father of Joseph Kennedy, played an important role in John F. Kennedy's family history. P.J's father, Patrick Kennedy, was born in Dunganstown, County Wexford, Ireland. It is not known if Patrick left Ireland to escape the devastating effects of the potato famine, or if he merely wished for a better life in America. Upon his arrival in Boston in 1849, he worked as a cooper on Noddle's Island. Five months later, he married Bridget Murphy, also a recent immigrant. On November 22, 1858, ten months after P.J. Kennedy's birth on January 14, Patrick Kennedy died of cholera. Bridget Kennedy was left destitute with four children to raise on her own.

Determined to provide a good life for her children, Bridget found work at a stationery and notions store. She eventually saved up enough to purchase the business, which prospered. P.J. helped to support his family by working as a stevedore, and saved his money to purchase a failing saloon. He turned the tavern into a thriving business, enabling him to purchase two more saloons. These successful ventures allowed him to buy a wholesale whiskey distributorship. He became increasingly involved in the politics of Boston's Ward Two, and in 1886, won a seat in the Massachusetts House of Representatives. A year after being elected, Kennedy married Mary Augusta Hickey, the daughter of a successful Boston contractor. He left the senate in 1895, and spent the remainder of his political career in various appointive offices, including work as an elections and fire commissioner.

The Irish roots of John F. Kennedy's genealogy were also on his mother's side of the family. Rose Fitzgerald's father, John F. Fitzgerald was the son of Irish immigrants, Thomas Fitzgerald and Rosanna Cox. In his early years, Fitzgerald worked as a clerk in Boston's Custom House and grew active in the Democratic Party. Fitzgerald married his second cousin, Mary Josephine Hannon, on September 18, 1889, and within a few years, he was elected to Boston's Common Council. In 1892, he became a member of the Massachusetts Senate, and in 1894, he was elected to Congress, serving until 1901. From 1906 to 1908, Fitzgerald was elected Mayor of Boston. He lost a two-year term to a Republican challenger, but was re-elected in 1910 to a four-year term. In 1919, he again served in Congress, but was unsuccessful in a run for the Senate in 1916 and Governor in 1922. Fitzgerald spent his final years looking after his business interests and working with Rose's sons on the development of their political futures.

Two important women in John F. Kennedy's family tree were accustomed to a life of wealth and privilege. The daughter of a Boston mayor, Rose Fitzgerald Kennedy was born on July 22, 1890. She hoped to attend Wellesley College, but her father encouraged her to enroll at the Manhattanville College of the Sacred Heart. After her marriage to Joseph Kennedy, she devoted her life in raising her family of nine children. In her later years, she was instrumental in securing public support to enlighten the public about the mentally handicapped. 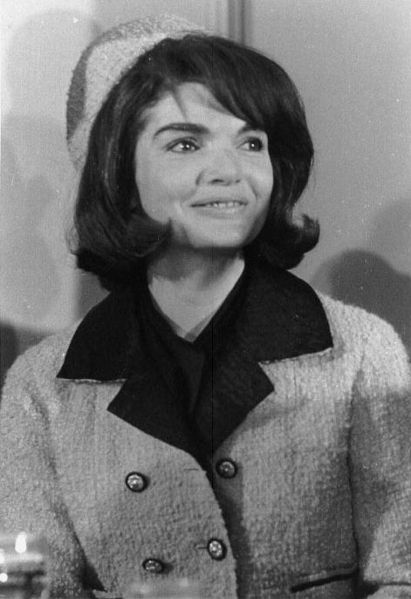 Rose's daughter-in-law, Jacqueline "Jackie" Lee Bouvier, was born on July 28, 1929, in Southampton, New York. Jackie spent her early years in New York City and East Hampton, New York at the Bouvier family estate, and became an accomplished equestrienne. After her parent's divorce and mother's subsequent marriage, she spent time in Washington, D.C. and Rhode Island. Educated at Vassar, she spent her junior year in France before graduating from George Washington University. Through her job as "inquiring photographer", she met John F. Kennedy. As First Lady, she was known for her interests in the arts and preservation of historic architecture. Five years after the President's assassination, she married shipping magnate, Aristotle Onassis. Following his death in 1975, she worked as a book editor in New York.

Caroline became an American author, attorney, co-founder of the Profile in Courage Award, the president of the John F. Kennedy Library Foundation and the chairwoman of the American Ballet Theatre. She married Edwin Schlossberg on July 19, 1986, and they had three children, Rose, born in 1988, Tatiana, born in 1990 and John, born in 1992. John Fitzgerald Kennedy, Jr. was a lawyer and magazine publisher. He married Carolyn Jeanne Bessette on September 21, 1996. On July 16, 1999, Kennedy was piloting a plane to a family wedding. Onboard were his wife, and his sister-in-law Lauren Bessette. All three were killed when the plane crashed in the ocean.