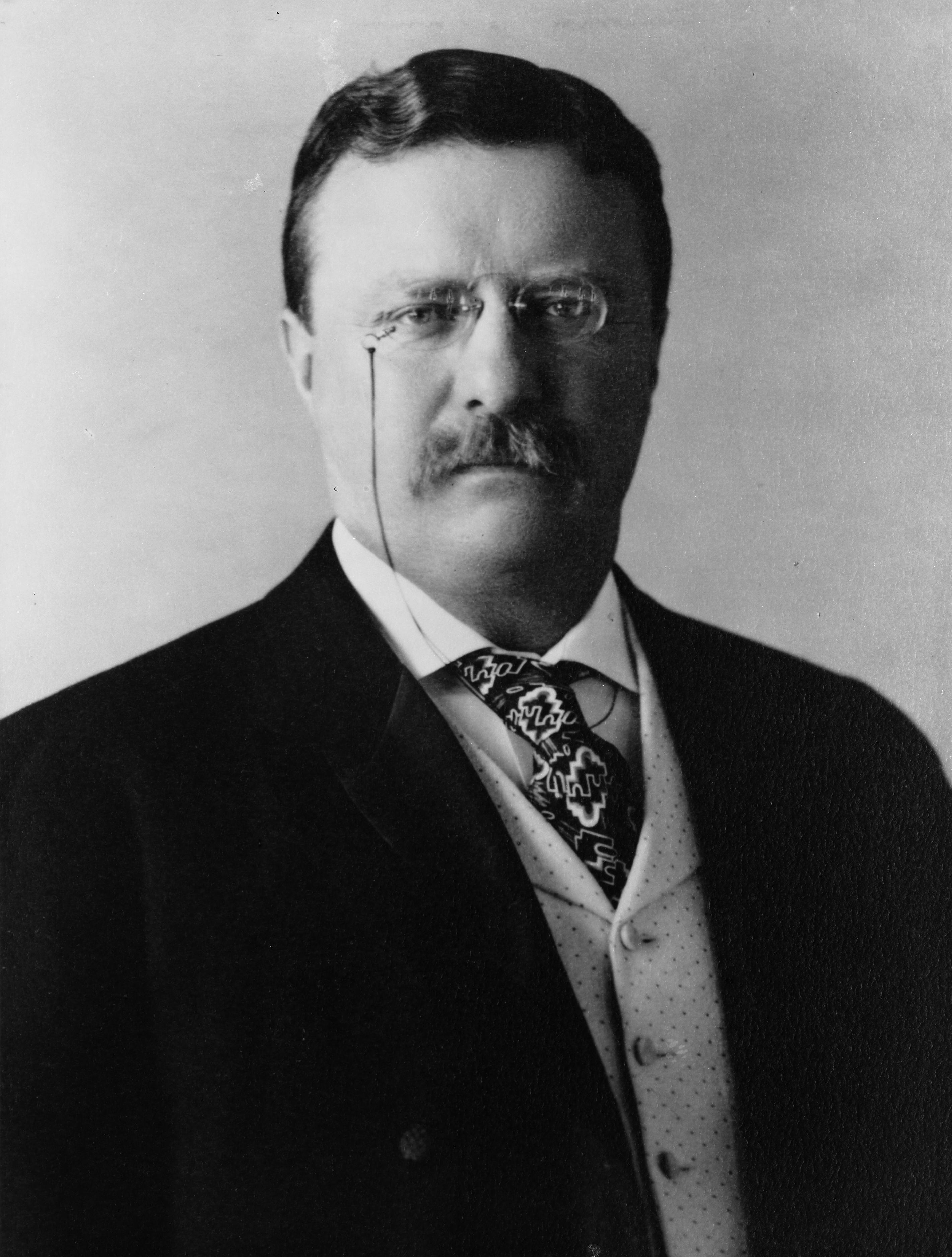 Theodore Roosevelt, known fondly as "Teddy," served as the 26th President of the United States from 1901 to 1909. As vice president under William McKinley, Roosevelt inherited the president's job when McKinley was assassinated in September, 1901. At the age of 42, Roosevelt is the youngest to ever take the office of president. Theodore Roosevelt genealogy demonstrates that the young Roosevelt quickly made a name for himself as he worked to move the Republican Party to more progressive reforms and a stronger foreign policy. Roosevelt was also known for his expansion of his executive power, believing that his office had the responsibility for doing whatever necessary to promote public good, as long as it fell within the parameters of the law. Roosevelt was best known for his slogan, "Speak softly and carry a big stick," which characterized much of his foreign policy.

Theodore Roosevelt's family tree is an interesting one indeed. He was a distant relative of Franklin Delano Roosevelt, the 32nd President of the United States. Franklin's wife, Eleanor Roosevelt, was Theodore's niece. The Roosevelt family history boasts a long line in the United States, beginning with colonists of Dutch origin in the mid-17th century. By the time Theodore Roosevelt became a household name in America, his family had established a wealthy, powerful niche in the Democratic party. However, the family joined the new Republican Party in the 1850s. His distant cousin Franklin was a member of the Democratic party when he took the office of the presidency in 1933. 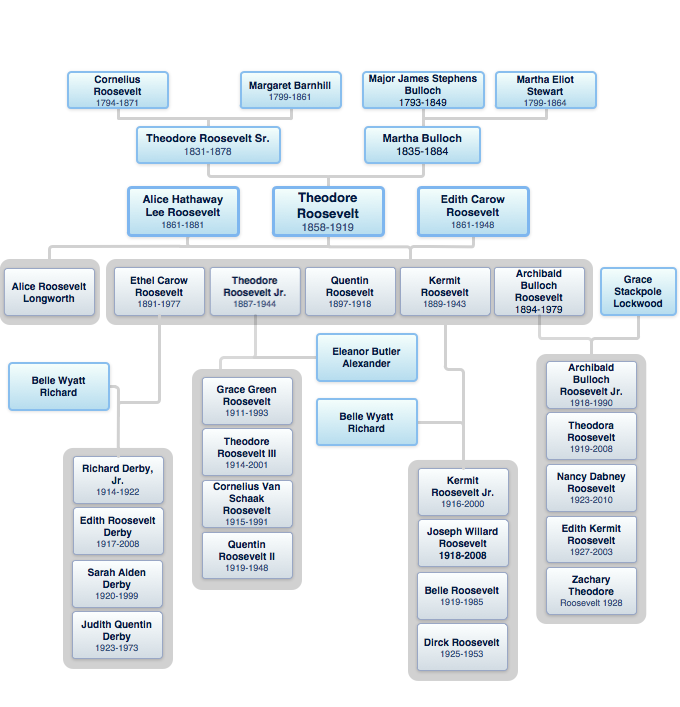 Theodore Roosevelt's genealogy began in a brownstone in New York City on October 27, 1858. Roosevelt was not healthy as a child, suffering from asthma and frequent illnesses. However, his spark shone through his ailments, with a fierce interest in topics like zoology and taxidermy at a young age. He also became involved in sports early in life, as his father got him involved in boxing and exercising to cope with his health issues. By the time Roosevelt made it to Harvard in1876, he excelled in both academic and sports in school. After graduating from Harvard, Roosevelt enrolled in Columbia law school, but dropped out to pursue a career in public office shortly after, like others in the Theodore Roosevelt family tree would eventually do.

Roosevelt's first appointment was to the Assembly of New York State in 1881. One year prior, he had married Alice Hathaway, who died of kidney failure just four years later, and two days after giving birth to the couple's daughter Alice. Roosevelt's mother died of typhoid fever the same day his first wife passed; a tragic moment in the Theodore Roosevelt family history. Filled with grief, Roosevelt left public office for a time, spending two years on his cattle ranch in South Dakota, where he developed a love of hunting and outdoor life. However, in 1886, Roosevelt remarried - to his childhood sweetheart Edith Carow Roosevelt - and moved back to New York to resume public life.

In 1889, Roosevelt was appointed to the Civil Service Commission by President Benjamin Harrison, and Roosevelt served in that position until 1895. At that time, he became the president of the Board of New York City Police Commissioners and spent two years radically reforming the police force of the city. Roosevelt then spent a short term serving as the governor of New York, before getting on the ticket as vice president for President William McKinley. Roosevelt served as vice president for less than year before becoming President of the United States after McKinley was assassinated.

During his time in the presidential office, Roosevelt expanded foreign policy and won a Nobel Peace Prize for mediating the Russo-Japanese War. His passion for the outdoors translated into a strong conservation move during his presidency as well, with a focus on adding to national forests throughout the West and other land reserved for public use.