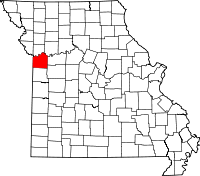 The Jackson County Recorder of Deeds offers a Public Access Website that has plats dated from 1826, the year the county was established, to the present, and property records from the early 1960s to the present. All records available through the website are viewable without limitations by the public, and are made available for no charge. The Recorder's office can provide certified copies of records viewed through the system at either of their two locations in Kansas City or Independence. The County Legislative Clerk handles civil records, such as divorces and others, and also has offices located in both Kansas City and Independence. The Jackson County Health Department serves as the local source for birth and death records and is located on 313 S Liberty in Independence. Birth and death records on file with the Department are dated from the early 1900s to the present.