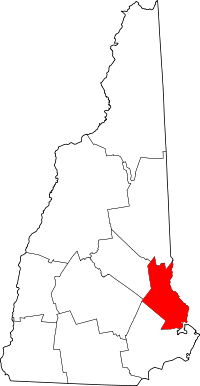 All of the property records available at the Strafford County Registry of Deeds are part of the public record. Strafford was one of the original five counties established in New Hampshire in 1771, and the records on file at the Registry office are dated from then to the present. The office is located at 259 County Farm Road in the county seat of Dover, NH. The Clerk of the Superior Court shares the same address and maintains criminal and civil court records, which includes divorces. Additionally, the State Archives maintains a large number of records for the entire state, including birth, death, divorce, and marriage records, many of which date as far back as 1640. Birth records dated more recently than 1901, and death, marriage, and divorce records dated more recently than 1948 are not included in the public record and are only viewable by those who meet the necessary requirements.