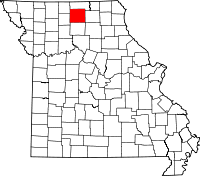 Sullivan County was originally established in 1845 and was known as Highland County, however two years later, the borders were redefined to their current specifications, and the county was renamed Sullivan, after Major General John Sullivan, an American general in the Revolutionary War. The Sullivan County Historical Society runs a Genealogy Library that is open to the public and provides a number of tools in its two research rooms, including two computer terminals, microfilm readers, a copier, and other items. The library, located at 117 North Water Street in Milan, the county seat, has obituaries, court and school records, a number of vital records, including birth, death, and marriage, and several other types. A number of county departments have records dating back to the mid 1800s, as well, such as the Recorder of Deeds who has deed records from 1845 to 1890, marriage records from the same year to 1953, and many others.