Resources for Examining Your Ancestors' Neighborhood

When we research our family history, there are many pieces to include. We examine family size, illnesses and causes of death. We note where they lived and what they did for a living. If they lived into the 1940s we can even look at their education levels. We talk about the family stories that have been passed down through the generations.

Beyond the facts surrounding your ancestor, have you considered putting the person or family into historical context? Are you providing a description of what life was like for them, what they ate, activities in which they participated, how they behaved, and what the neighborhood or town was like?

By examining the neighborhood or the town in which your ancestor lived, you may discover information you never considered before or knew existed. There are many resources you can use to place your ancestor into historical context within their neighborhood. Talking about where they lived adds fullness to their story.

Locate all of the census records for your ancestor. Go beyond your ancestor's family and look at the entire enumeration district or neighborhood. Look at who was living there in terms of ethnicity. Make notes as to how this changed over the years. What ethnic groups moved in? Which ones moved out? As you look at this, make note of the years of immigration. Is the neighborhood for your ethnic group fairly young? This means that they are relatively new immigrants, not older established immigrants. Did the neighbors remain the same for several decades? Who were they? Is it possible they had a relationship with your ancestor?

Look at the occupations of the individuals there. Was this a blue collar neighborhood or town? Did your ancestor live in an affluent area where there were businessmen and professionals such as lawyers and doctors?

Did your ancestor rent or own? At what point did was the switch made from renting to owning? What else occurred to make that happen? A job change? Children moving out of the house? Did your ancestor save every extra penny for years to reach the goal of home ownership? Look for reasons for this change. 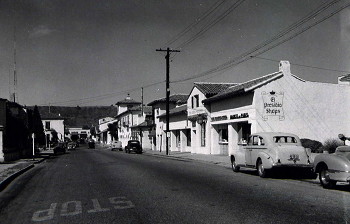 When you get to the 1940 census note how much education each person in the household is listed. Compare this to other households in the area and specifically within your ethnic group. Do you see any trends?

Census records can provide numerous clues as to how our ancestors lived. It is our job to pull every clue from those records and analyze them to seek a higher meaning of the information.

What ethnic groups existed in the area in which your ancestor lived? What role did they play in the neighborhood? Did each group keep to themselves or did they interact?

Migration Into and Out of the Area

If you examined the census records and noted who was coming into the neighborhood or town and who was leaving, you will begin to see migration patterns. How does this help you tell the story of your ancestor? It does so in several ways. First, if your ancestor remained in a specific neighborhood several years or even decades, you can summarize in your history who was living near them. How did the neighborhood change ethnically? Did they see a mass migration in or out of a certain group of people? In Chicago during the Great Migration, you can find evidence of neighborhoods changing as African Americans came up from the south. Did a major event like that change the neighborhood in which your ancestor lived?

Investigate the resources both in exhibits and special collections or libraries of area museums and historical societies. Talk to the staff and see what they know or what neighborhood resources they can recommend. Read what the history of that area was like at the time your ancestor lived there.

Check the special collections department of major research libraries and university libraries. Studies may have been done on the neighborhood in which your ancestor lived that will help you examine their lives. You might discover old photographs and maps, ephemera from events that took place in the area, or statistical reports.

Sanborn Maps are a great resource for studying the neighborhood. If they exist and you can piece together several blocks worth of maps, you can a larger picture of what the homes and buildings looked like at a specific time. You know what businesses were in the area. You can see how buildings changed or expanded over time.

Did your ancestor live in a neighborhood that today doesn't exist? As cities grew, neighborhoods and ethnic enclaves were removed so urban renewal or change could take place. In Chicago a large Italian colony near Taylor Street was removed due to construction of major expressways and a university campus. Did changes like this take place for your ancestor? What did he do? Where did he go? What are the patterns of migration out of that area? Did the neighbors pick up and move to another area and establish a new colony or neighborhood or did they disperse into the wind? (Note: If your ancestors lived in an urban area, be sure to read Lisa Alzo's article, "Best Resources for Urban Research.")

Utilizing many of these resources we are able to put our ancestor into historical context. We can make their story more robust.

While we will never know exactly how they lived, we can write sentences like, "My grandparents may have had a relationship with the neighbors because many of them lived on the same block for decades." "It is possible my family moved from one neighborhood to another because they were among the last of their ethnic group and wanted to be with others of the same group again. The neighborhood may have changed too much for their liking."

Finally, as you write about the neighborhood and changes that took place for your ancestors, start writing about your neighborhood or town and the changes that have taken place in your lifetime. This is important for future generations.