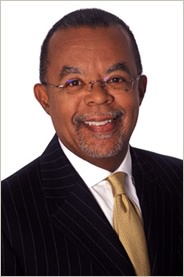 Henry Louis Gates, Jr., is the Alphonse Fletcher University Professor and the Director of the W.E.B. Du Bois Institute for African and African American Research at Harvard University.

Henry Louis Gates, Jr., is the Alphonse Fletcher University Professor and the Director of the W.E.B. Du Bois Institute for African and African American Research at Harvard University. 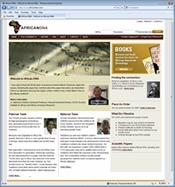 "I've traced the ancestry for several famous African Americans, including Quincy Jones, Chris Tucker, Oprah Winfrey, and Whoopi Goldberg. I helped create AfricanDNA.com so that when the paper-trail runs out, you can use advanced DNA sequencing technology to learn about your ancestors in new and truly remarkable ways."

An influential scholar in the
field of African American
Studies, he is the author of
twelve books and has hosted
and produced ten
documentaries, including the
acclaimed PBS films "Faces
of America" and "African
American Lives 1 and 2."

Professor Gates is co-editor,
with Professor Evelyn
Brooks Higginbotham, of the
African American National
Biography (an eight-volume
biographical dictionary
published by Oxford
University Press in 2008),
and his recent work has been
instrumental in popularizing
African American
genealogical research and
DNA testing. His book, In
Search of Our Roots: How 19
Extraordinary African
Americans Reclaimed Their
Past, won an NAACP Image
Award in 2010.

He is the recipient of 50 honorary degrees and many awards, including the MacArthur Foundation "genius grant," the National Humanities Medal, and the Lifetime Achievement Award from the New England Historic and Genealogical Society, and was named to Time magazine's "25 Most Influential Americans" list in 1997, and to Ebony magazine's "100 Most Influential Black Americans" list in 2005 and its "Power 150" list in 2009.

View All Articles | View All Authors

Put the expert knowledge you learn to good use by signing up for a free trial
account and begin tracing your family history today.